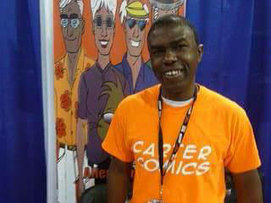 I, of course, am Allen Carter. Writer, Illustrator, promoter, freelance artist. While many people will say that they didn't have a typical upbringing, for me it's very true: A black man born and raised in Honolulu, Hawaii, and not in the military--- you just don't get too many of us. Starting from age six, I started my fascination with storytelling, and at age eight, I wrote and illustrated my first comics out of legal sheets and construction paper. Today, I take my comic titles (Damn Tourists, The Figure-Of-Speech Mongoose,  Cosmic Force) and other artwork on the road each year for the 'Comic Convention Circuit," which for me includes the artist alleys of such shows as "Wondercon Anaheim" and "Long Beach Comic Con," as well as smaller conventions, art festivals, podcast interviews, book signings, and more! 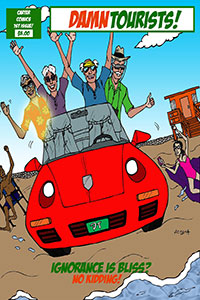 Damn Tourists? What's that all about?

Think of all those times you've gone on vacation. At some point, you're bound to run into (or become) a "Damn Tourist." Someone who is easily distracted by any scenic structure or destination, spouts off incorrect or outdated information on anywhere you're visiting, having no regard for others (or any photography skills for that matter) when taking pictures, and last but not least, no fashion sense. What I've just described are the four main characters who drive this comic series that takes a satirical look at how some of us act on vacation, and how we shouldn't act that way. The difference with our "Damn Tourists:"  Mr. Invincible, Ms. Informed, Mr. Postcard, and Mr. Aloha, is that their annoying vacation habits have reached superhuman levels, but are still considered annoying by other travelers and residents of any state or country they visit. You can't really be upset at them, though, as they're so clueless, that they don't realize just how much they get on everybody's nerves. Mr. Invincible's "inattentive wrath" causes him to knock over other people, or run them over in his car, Ms. Informed is always happy to offer her travel knowledge, even if her rambling of outdated or incorrect info causes headaches and drowsiness for others, Mr. Postcard is not a person you want to be close to if you value your eyesight while taking pictures, and Mr. Aloha just insists on wearing floral shirts so loud that they can actually cause hearing loss. Why do people put up with them, you ask? Because they spend lots of money, of course. However, they always find a way (unknowingly of course) to drive others over the edge to the point that they get chased out of any vacation destination. 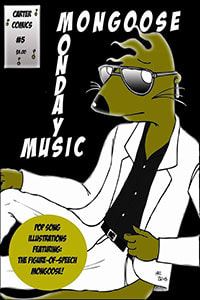 The Figure of Speech Mongoose, huh. How'd you decide to make a cartoon out of this animal?

Growing up in Hawaii, the mongoose was introduced centuries ago to kill the rat population. When this tactic failed (because the mongoose hunted during the day and the rats came out at night) this weasel relative became the invasive pest that it was originally brought in to eradicate. Now, as to why I chose this animal for a comic strip series based around illustrating such expressions and puns as "thinking outside the box" and "lightning in a bottle," it's actually pretty simple. I found the mongoose such a fascinating animal since watching the 1975 Chuck Jones cartoon "Rikki Tikki Tavi," that I had created a short cartoon in flash about a mongoose catching a bus with a fishing line. I later decided to switch to comic strips and use the character to performs puns and "figures-of-speech," hence the name. I've also expanded the characters "talents" through a weekly Facebook game called "Mongoose Mondays," where anyone can guess an illustration of not just an expression, but also pop songs, movies, and TV shows. 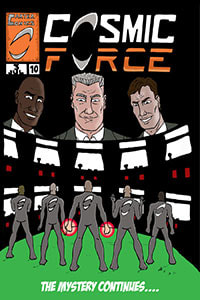 ​So this Cosmic Force, it sounds pretty deep. What's the story there?

"Cosmic Force" is a science fiction series that I've been working on in some form or another since age eight, though some of the names and characters were much different. The story concept comes from both my interest in the unexplained (I was and still am a big fan of the "Unsolved Mysteries" tv series), but also deeper feelings of loneliness and paranoia. Set in Honolulu, Hawaii in the late 1980s, five strangers disappear while watching a meteor shower in an open field: TV station intern Kevin Simons, nurse Sandra Winters, store manager Bryan Snarski, cashier Brandon Quitog, and public defender Daniel Stafford. Two years later, they resurface to find that they all possess superhuman abilities (crimson flames, daydreaming, super-strong silhouette, deteriorating objects, holographic duplicates) which have altered their physical appearance, and they have been declared dead by the rest of the world due to their extended absence. Their journey back to civilization is stopped along the way by rogue government officials who have mistaken the five-some for invading aliens, and have accused them of killing their former selves during the meteor shower. Then there is the very human element of the C-Force's friends and family, who have struggled with the supposed loss of their loved ones, and the superhuman spectators choosing to stay away from their grieving kin in order to protect them from getting caught in the crossfire. 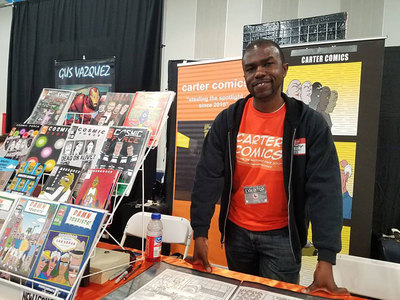 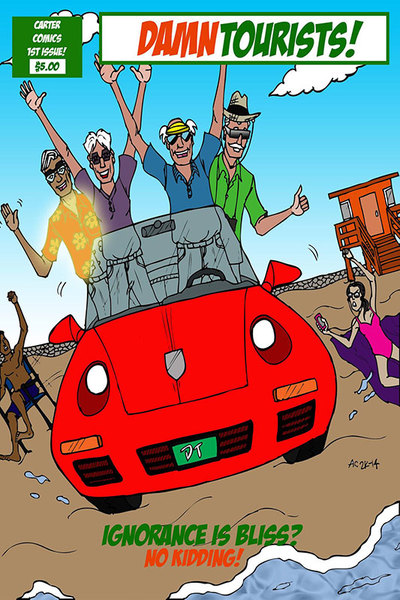 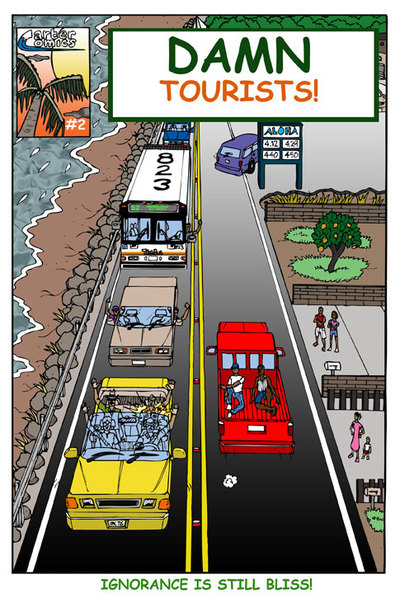 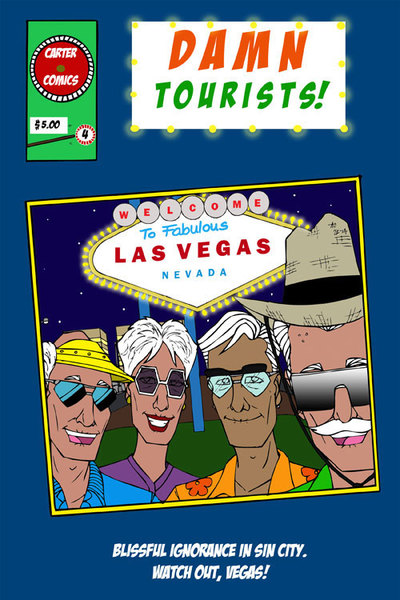 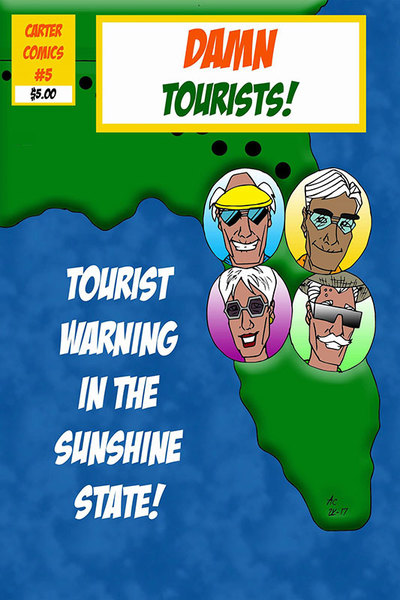 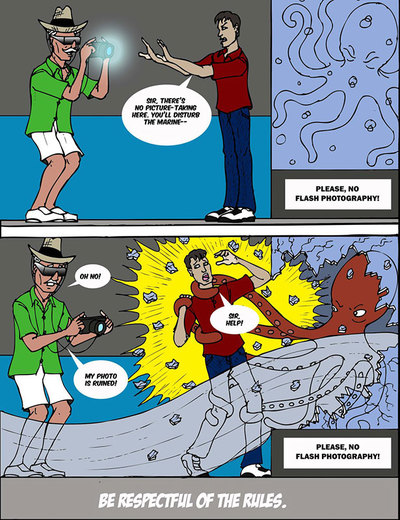 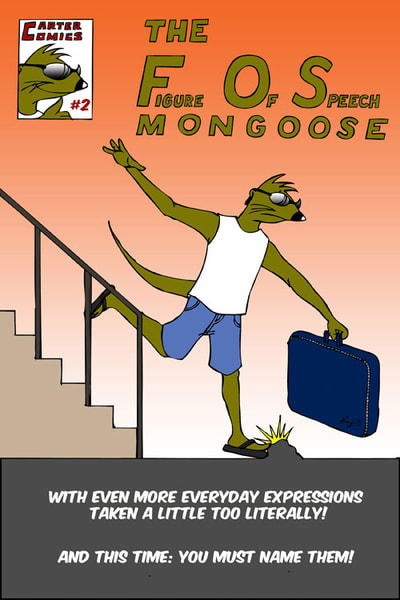 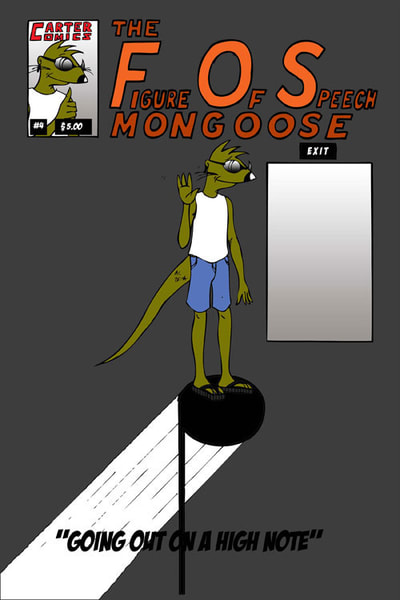 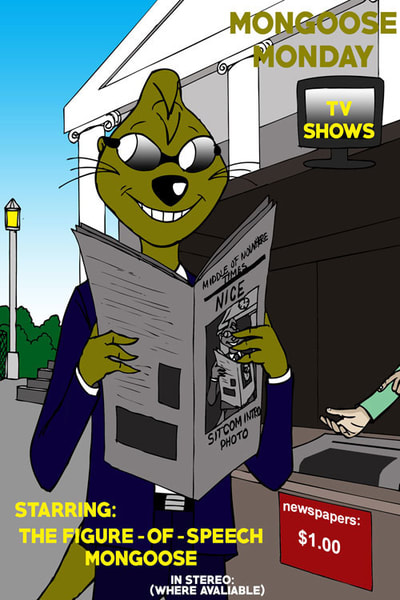 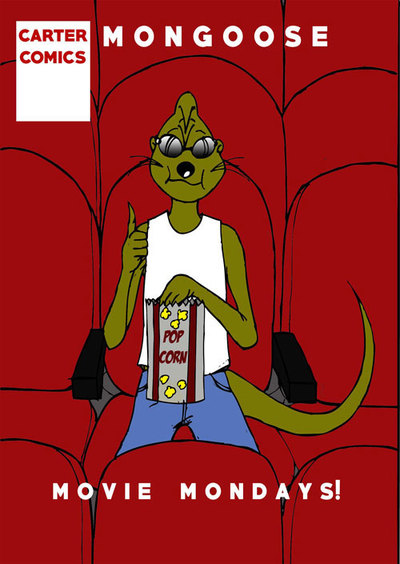 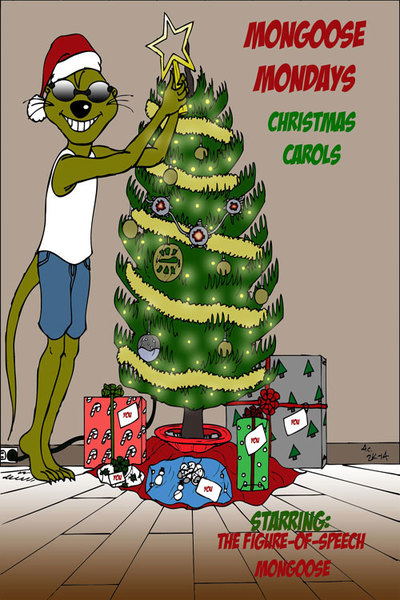 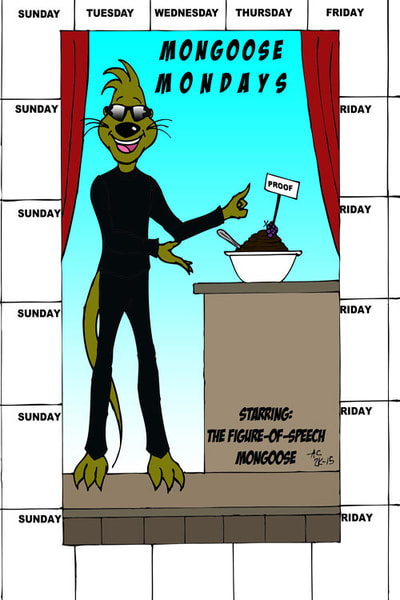 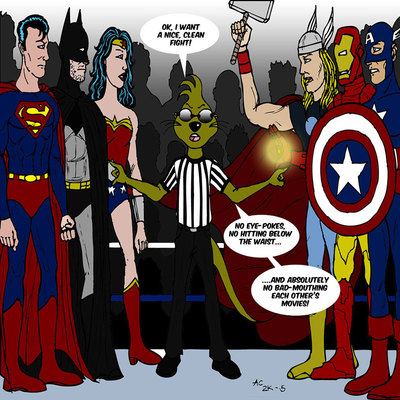 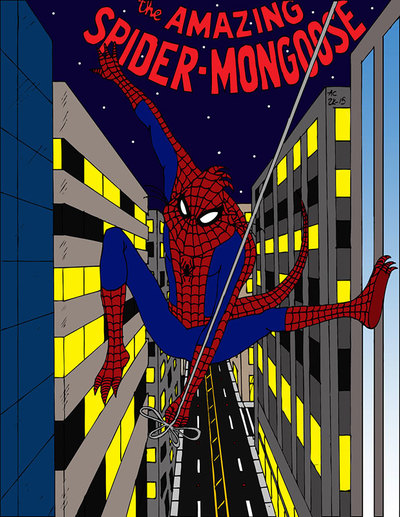 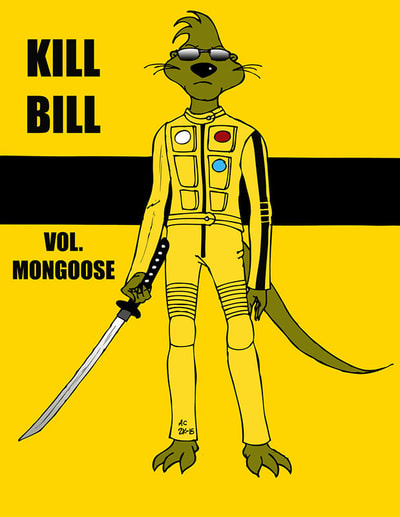 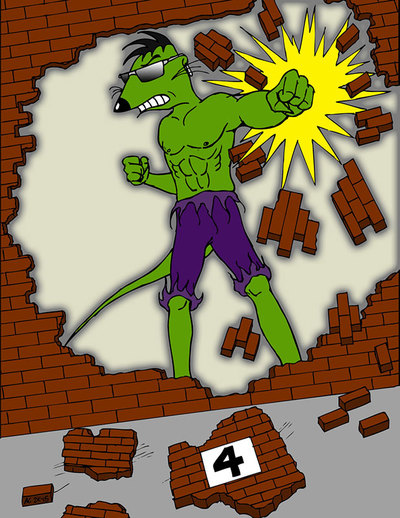 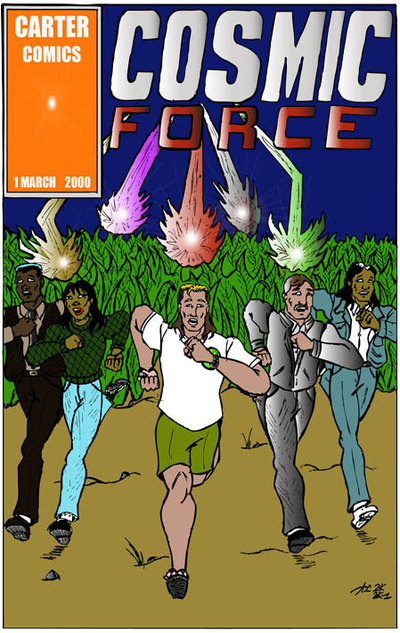 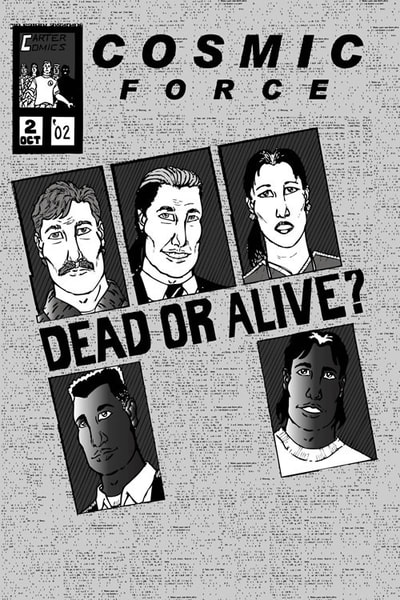 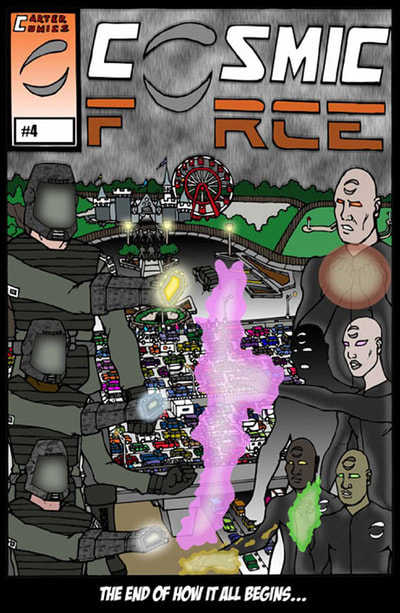 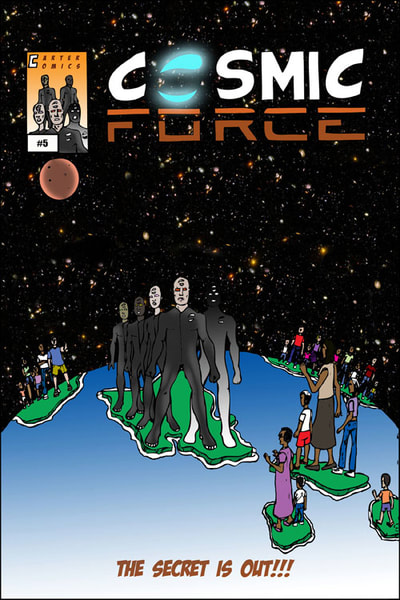 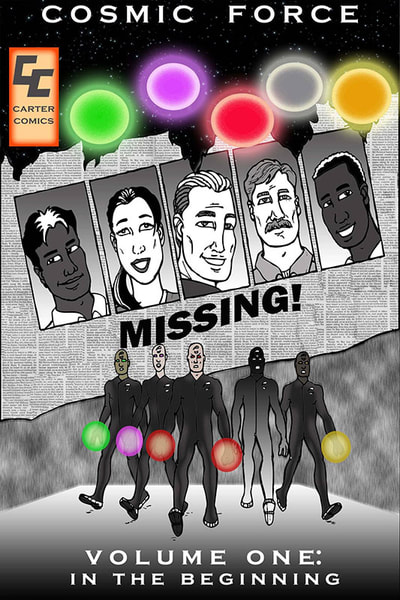 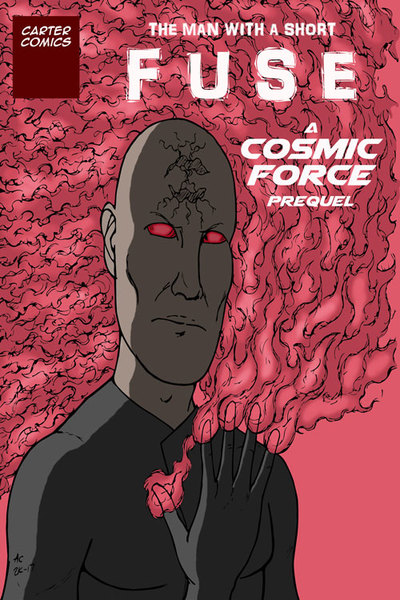 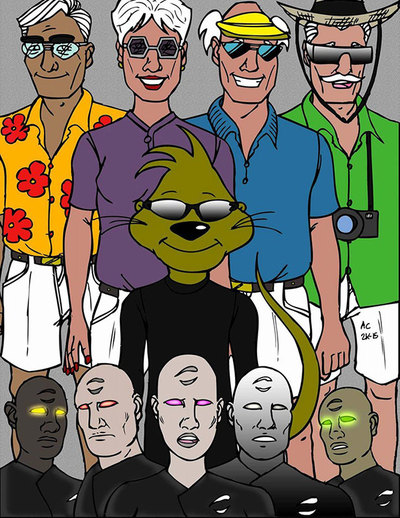