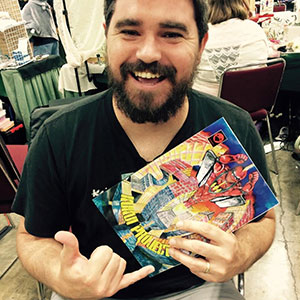 ​Todd Bernardy graduated from the University of New Mexico in 2006, where he studied Fine art and literature. He is the creator of Kukui Project, Disco Thunder Groove Bone, and Hard Candy Aftermath. He lives in Haiku, Hawaii, with his wife and daughter.

In the future Hawaii, has become a Kingdom again.  The Kingdom has a spaceport located on the island of Kahoolawe with a dedicated space program. As the Human race has colonized the solar system, we have also weaponized it. The governments of the world have agreed to a cease fire. During the armistice, astronauts from the Kingdom of Hawaii’s private space industry were recruited to disarm these weapons.

In ancient Hawaii, Kukui Nuts were strung together to be lit on fire because they were very oily. The peacekeeping mission was nicknamed “Kukui Project,”

​Two mercenaries are looking for the last coffee plants on Earth. No one knows for sure why all the coffee plants died, but people speculate it was from a blight genetically manufactured by an energy drink called Thunder-Chicken.

​Maddox Tawhiki was found on Haleakala with burns across 67% of his body.  It appeared he had been struck by lightning.  Now suffering from amnesia, he works to unravel the mysteries of his life, from his classified profession to something called the Prismatoid. 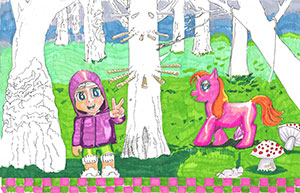 ​A roller derby girl helps a unicorn find her friends with the help of a fairy step-mom and a pod of grateful mermaids.